Director, Masters in Natural Resources and Sustainable Development at the American University 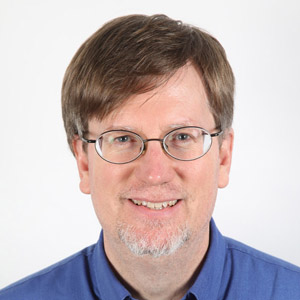 Ahead of COP26 in November, LSE IDEAS' China Foresight Project, the Grantham Research Institute at LSE, and LSE's Department of International Relations co-host a panel discussing the evolution of China’s own understanding of the environment, the role of domestic stakeholders in shaping Chinese environmental diplomacy and Beijing’s role in the upcoming COP26.

Over the last decade, China has moved from being a follower towards taking on a leadership role in global environmental governance. Framed within the concept of “Ecological Civilization”, Xi Jinping’s ambitious pledge for China to become carbon neutral by 2060 requires stark changes in China’s domestic political economy. By investigating the role of Chinese interest groups, Dr Wang-Kaeding’s new book sheds light on how sub-state actors adapt to and shape China’s environmental policy and diplomacy. Given China’s status as the largest emitter of greenhouse gases worldwide, understanding how domestic dynamics influence Beijing’s approach to climate negotiations is critical to any sustainable and far-sighted international action on climate change.

Robert Falkner is the Research Director of the Grantham Research Institute on Climate Change and the Environment and an Associate Professor of International Relations at the London School of Economics and Political Science (LSE). He also serves as the Academic Director of the TRIUM Global Executive MBA programme, an alliance between LSE, NYU Stern School of Business and HEC Paris. He is the author of Environmentalism and Global International Society (Cambridge University Press, 2021) and the co-editor of the forthcoming book Great Powers, Climate Change and Global Environmental Responsibilities (Oxford University Press, 2022).

Judith Shapiro is the director of the Masters in Natural Resources and Sustainable Development for the School of International Service at American University. She was one of the first Americans to live in China after US-China relations were normalized in 1979, and taught English at the Hunan Teachers’ College in Changsha, China. Her research and teaching focus on global environmental politics and policy, the environmental politics of Asia, and Chinese politics under Mao. She is the author, co-author or editor of ten books, including China Goes Green: Coercive Environmentalism for a Troubled Planet (with Yifei Li, Polity 2020), China’s Environmental Challenges (Polity 2016), Mao’s War against Nature (Cambridge University 2001), and Our Extractive Age: Expressions of Violence and Resistance (co-edited with John-Andrew McNeish, Routledge 2021). Mao’s War against Nature inspired a documentary, and her early experiences in China were made into a television feature film.

Heidi Wang-Kaeding is Lecturer in International Relations at Keele University. Her research focuses on global environmental governance, economic statecraft in East Asia, and the role of emotions in international politics. She is interested in how the rise of China is reshaping regional power dynamics in East Asia and how China’s emergence as a superpower creates normative effects on multilateral governance. She is the author of China’s Environmental Foreign Relations (Routledge, 2021). Her recent article (co-authored with Malte Kaeding) “Red Capital in Hong Kong” (2019) won the 2020 Literati Award. She is a Co-Founder of the Hong Kong Studies Association (HKSA) based in the UK.

William A. Callahan is Professor of International Relations at LSE. His research examines the interplay of culture and politics, and visual global politics. Callahan’s most recent book is Sensible Politics: Visualizing International Relations (Oxford University Press, 2020). His other work includes China: The Pessoptimist Nation (OUP, 2010) and the documentary film “Great Walls” (2020), which asks why we hate Trump’s wall and love the Great Wall of China.

LSE IDEAS (@lseideas) is LSE's foreign policy think tank. Through sustained engagement with policymakers and opinion-formers, IDEAS provides a forum that informs policy debate and connects academic research with the practice of diplomacy and strategy.

International Relations (@LSEIRDept) has been taught at LSE since 1924. The Department was not only the first of its kind, but has remained a leading world centre for the development of the subject ever since. The Department has always been strongly international in character and today the majority of our graduate students, a good proportion of our undergraduates, as well as many members of the faculty are drawn from Europe, North America and further afield. At the same time we have always prided ourselves as having both a national and an international role in training diplomats and future university teachers.

This is Lawrence Niu from the LSE MSc IPE programme. Many thanks to the speakers. I am very interested in the Chinese response to the recent EU Carbon Border Adjustment Mechanism (CBAM), which will effect international trade tremendously. I would love to hear your thoughts about the idea/possibility China establishing a responding carbon market to cope with the CBAM, and even hence form another trading bloc with its own carbon trading rules.  Thank you very much.

why does your book cost 150$ what size of readership were you aiming for?

Hi, Many thanks. A quick question, if I may. How does the interplay of actors affect the investments along the Belt and Road initiative and to what extent this affects global climate governance under the UNFCCC?

Thanks for the interesting talks. I would be interested in hearing your views on the diversity/homogeneity of intents within the Chinese institutional framework. For instance, the People’s Bank of China has been very active at the international level on environmental matters (e.g. via its role in the NGFS). How is this aligned/disaligned with initiatives by different ministries, the NDRC, the Party, etc.? How are competing interests (e.g. climate cooperation vs other geopolitical strategies) reconciled internally by Chinese institutions?

Hi, thanks for the interesting presentations. I have a few questions for Dr Wang-Kaeding: 1) You said that interests and ideas are co-constitutive in China. Could you maybe elaborate a bit more on that? How exactly are they co-constituting each other and what kind of ideas are we talking about? 2) Did I understand this correctly: The main audience for the "ecological civilisation" concept is domestic for local governments? Does the national gov then also target the international audience with this concept? and lastly more a comment than a question: 3) The argument that interest groups' negotiations with the central gov decides how much the state commits to environmental agreements seems to completely omit the role of China's leaders as main deciders on Chinese foreign policy.  I think we thereby miss the important factor of leaders' roles in FP, which especially in authoritarian regimes can be so decisive (not to say that China is monolothic though). Thank you!

Thank you for the great presentation. I have a question to Dr. Robert Falkner. You mentioned that Chinese diplomacy tend to challenge existing international order (“western”). However, as we see that China’s pledge on 2060 carbon neutral and to foreign investment on coal plants, it seems that China is rather moving in to the “westernized” international order. In this regard, China was stronger on CBDR in the past negotiations, representing G77. How should we perceive this trend and future prospective? Will there be a probability that China may seek to create an alternative rule in technical level related to climate change (Carbon boarder adjustment, EVs, etc)?

I also would like to pose a question to Dr Falkner: You spoke of contestation within China over its climate/economic policies. Do you have the understanding that there is contestation within China's political elite (e.g. within the Politburo Standing Committee) and/or within the bureaucracy about a leadership role for China in the climate change field internationally? Thank you.

Thank you very much for these insightful presentations. I would like to hear more about the socio-politcial implications of China's response to the climate crisis. If the CCP responds poorly to the climate crisis, then what could it mean for the relationship between the public and the state?