BY RAJESH MIRCHANDANI AND ILZE MELNGAILIS ON NOVEMBER 23, 2020

Global companies are taking bigger, bolder action as we enter a decisive decade to combat climate change and seek to prevent irreparable harm to our shared planet and humanity. More need to follow their example.

More than ever, we need to work ambitiously together across industries and sectors, governments and civil society, to reach our shared climate goals, as UN Secretary-General António Guterres has outlined: by investing in green jobs, refusing to bail out polluting industries, ending fossil fuel subsidies, taking climate risk into account in all financial and policy decisions, putting sustainability at the heart of the COVID-19 recovery, working in partnership, and leaving no one behind.

That was the resounding message during the UN Foundation’s recent virtual event Global Dialogue: Bold Leadership for a Better Future. In a conversation called “How to Lead When We’re Out of Time,” leading executives from Microsoft, Walmart, and Google described how they are taking bold action on climate as we enter the last decade of action to achieve the Sustainable Development Goals (SDGs). Through an unprecedented global pandemic, we’ve seen the importance of solidarity and cooperation, which carry directly over into addressing the growing climate crisis. And in this critical moment, we must pursue an increasingly ambitious agenda to reach the goals in full and on time by 2030, as the world’s young people so often remind us.

Dustin Liu, the UNA-USA youth observer, who moderated the conversation, stressed that “big, bolder change is needed to ensure the transition to a green, sustainable future” and to fulfill the vision that young activists have been calling for.

We have seen positive signs over the past few months from a number of countries that are making their emission reduction targets more ambitious.

Most notable are the commitments by Japan and South Korea to achieve net-zero emissions by 2050 and China’s goal of peaking its emission before 2030 and reaching carbon neutrality by 2060. The European Union has pledged to attain carbon neutrality across the continent by 2050 and is working on significantly enhancing its 2030 target. And, of course, the U.S., under an incoming Biden administration, has pledged to rejoin the Paris Agreement, reengage in global climate diplomacy, and work to set more robust climate goals, both domestically and internationally. President-elect Biden also named former Secretary of State John Kerry to be his special presidential envoy for climate, a Cabinet-level position.

But for this all to succeed, we need corporate leadership, too.

Microsoft has committed to be carbon negative by 2030 and to remove from the environment, by 2050, all the carbon the company has emitted since it was founded. The company is complementing that pledge with an effort to help its suppliers and customers around the world reduce their own carbon footprints and is establishing a $1 billion climate innovation fund to accelerate the global development of carbon reduction, capture, and removal technologies.

Microsoft is also working with other companies to set zero emission targets through the recently launched Transform to Net Zero initiative, which also includes Nike, Starbucks, Maersk, and Mercedes-Benz.

“We can’t each reinvent our own wheels here,” John Frank, vice president for UN affairs for Microsoft, said at the event. “We are committed to sharing information, and, frankly, learning from each other. Because when you make a big, bold commitment, you’re not always sure exactly how you are going to get there. We’re all going to have steps forward and steps back, and if we can do a better job of learning from each other that will make us more effective.”

We have already seen welcome shifts as private sector companies and organizations have taken steps to reimagine their approaches, including tackling climate action in supply chains and working toward 100% reliance on carbon-free energy in their operations.

Walmart, the world’s largest retailer, recently set a target of zero emissions by 2040 and aims to protect, manage, and restore at least 50 million acres of land and 1 million square miles of ocean by 2030. It is committed not only to decarbonize its own global operations but also to be on the path of becoming a regenerative company, one that works to restore, renew, and replenish the planet.

“We’ve been working for about 15 years on sustainability, but we decided to raise the ambition to commit to 2040 as the point where we would be at zero emissions,” said Kathleen McLaughlin, the retailer’s chief sustainability officer and president of the Walmart Foundation. “Not net zero, but zero in our operations.”

For Walmart, that has meant transforming how suppliers make products that work in harmony with nature and partnering with others to conserve and restore adjacent lands so they work better for both nature and people.

“We’re trying to transform how retail works as a sector,” McLaughlin said. “It’s ambitious. It will take everybody. But we’re committed to working on that.” 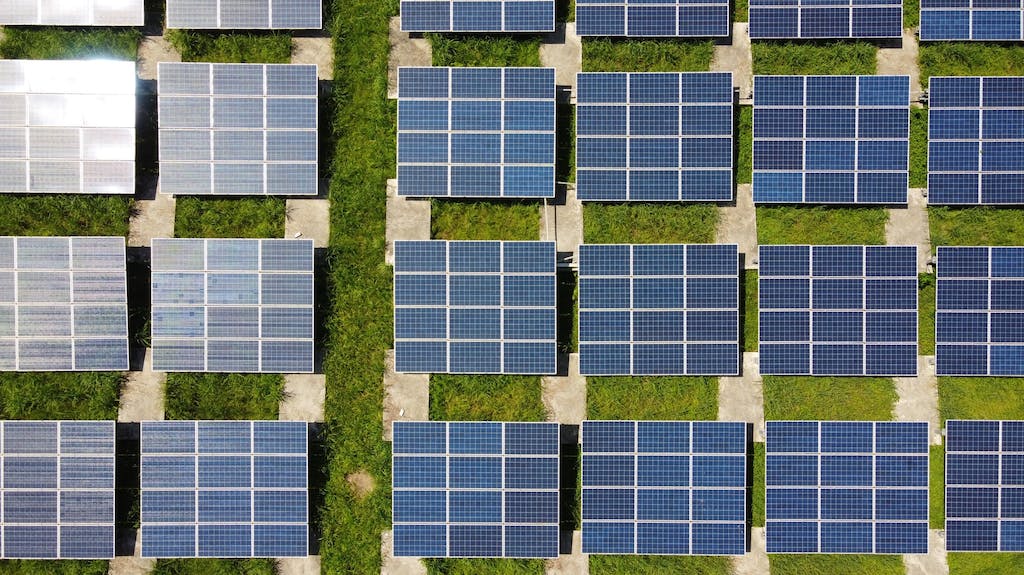 And they are not the only ones. Building on three decades of sustainability work, Google is embarking on its biggest moonshot yet.

“Advancing sustainability is a core value for Google, and something we’ve pursued for decades,” said Markham Erickson, the company’s vice president for government affairs and public policy. “We see global challenges as opportunities to create value for our stakeholders and help make life better for everyone.”

In September, the company pledged to immediately eliminate its entire carbon legacy and become the first major company to operate on 24/7 carbon-free energy in all of its data centers and campuses worldwide by 2030. Google has also said it plans to enable 5 gigawatts of new carbon-free energy and to help 500 cities reduce a total of one gigaton of emissions per year by 2030 — the equivalent of the energy used by a country the size of Japan.

“The science is clear that if we are going to avoid the worst consequences of climate change, we need to cut global emissions by nearly 50% by the end of the decade,” said Erickson. “It’s important for companies to be part of these conversations.”

These are just some of the examples of bold leadership the Global Dialogue sought to showcase. And with time running short, it’s important for everyone — from companies to national leaders, from investors to governors — to follow suit and turn these conversations into action.